When Your Baking Experiment Crumbles...

Embrace it and actually make crumble from it!  I have done this with several batches of banana bread and the like in the past, but most recently I had a bit of a cinnamon roll fail. I am choosing to blame out-of-date yeast for their less than stellar texture outcome. Rather than letting the batch go to waste, I converted it to apple crumble! 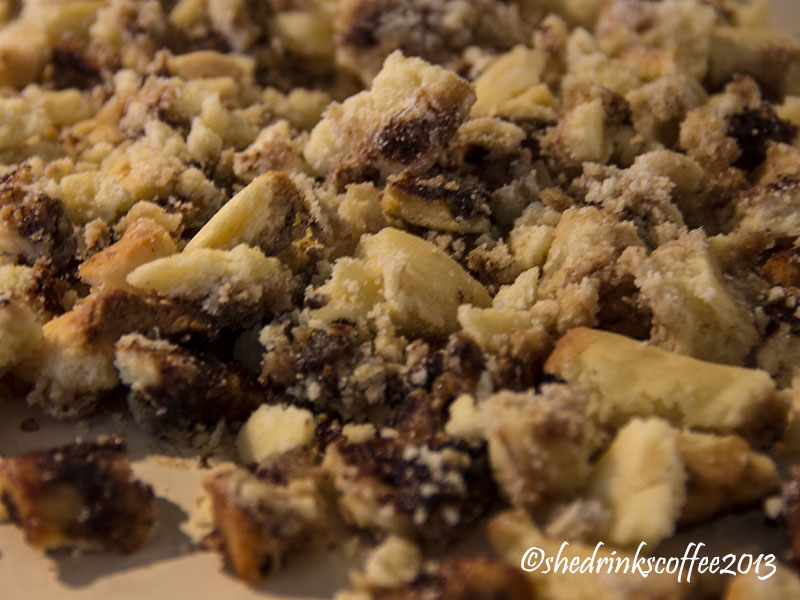 First I crumbled the decidedly un-fluffy cinnamon rolls onto a cookie sheet and lightly toasted their crumbled remains in the oven.

Let the toasted pieces cool for 5-10 minutes before combining them with 80-100g unsalted butter (depending on how dry your original baking disaster was...). If the oven is not already heated to 170C/350F, then start to preheat it now.

Next, knead the butter into the toasted crumbles until you have a firm cookie-dough-like consistency. Set aside for a moment.

For the apple filling, I followed a very similar recipe to what I did for my Almond Apple Berry Crumble. Roughly chop 3-4 cooking apples. Then mix the apple chunks and raisins (if desired) in a mixing bowl and toss lightly with 1 tablespoon of flour. If you'd like, also toss with 1 tsp ground cinnamon. I didn't do that with this batch, since I was already using the remains of cinnamon rolls! 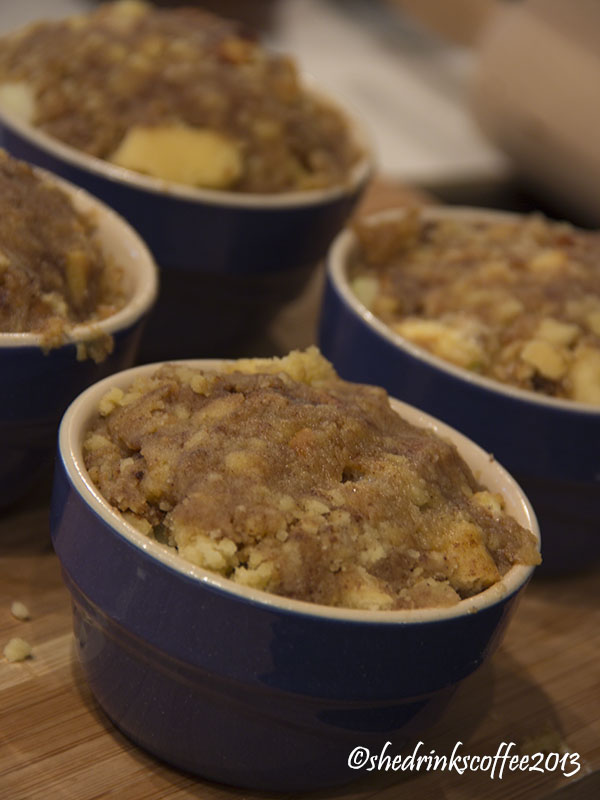