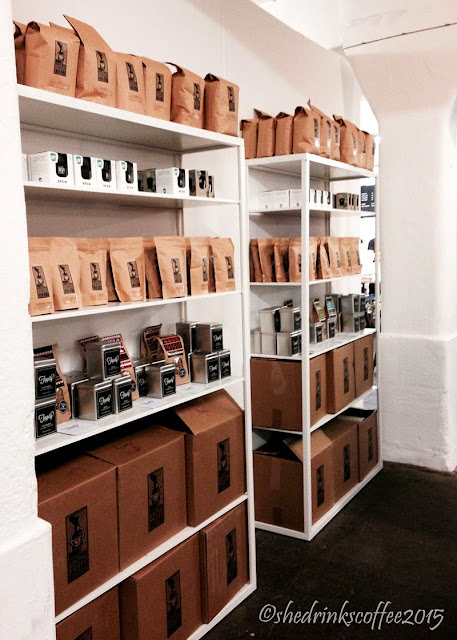 I almost missed Brick Lane's ode to the black ichor of life that is the London Coffee Festival. Luckily, I was able to snag two tickets to the brunch session (aren't you all trendy with a "brunch" rather than "morning" session, London Coffee Festival?) last Sunday. What follows is a photographic diary of my trip into caffeine, my cannonball into coffee. To say I was buzzing by the end of the three hours in the Old Truman Brewery would be a slight understatement.. 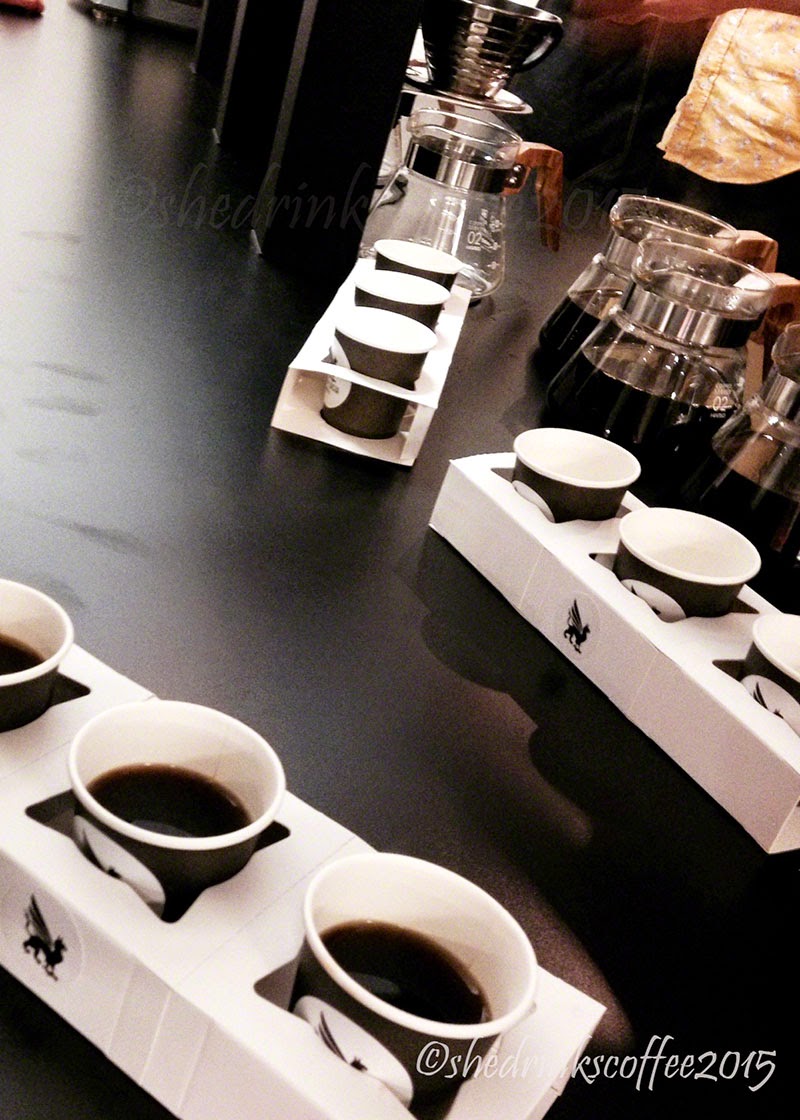 The morning started off with a bang thanks to Square Mile Coffee. They were offering flights of three distinct coffees poured out by a friendly fellow giving tasting notes. Sidenote: how have I not seen this before? I feel like coffee flights should be standard fare in East London at least. Who's on board with me? 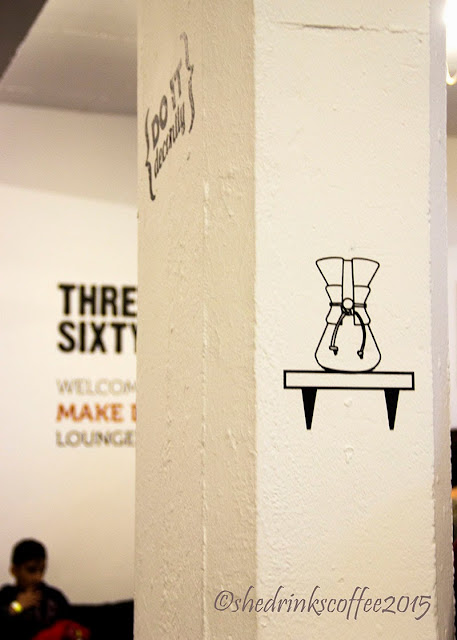 Our next stop was the Make Decent Coffee lounge, where baristas from ThreeSixty coffee demonstrated the various methods and benefits of pour over vs Chemex vs French Press vs (the frightening to the uninitiated/clumsy) Aeropress. I picked up some useful tips for my morning cafetiere. Did you know scooping the floating grounds before you press the plunger down cuts down any bitterness? 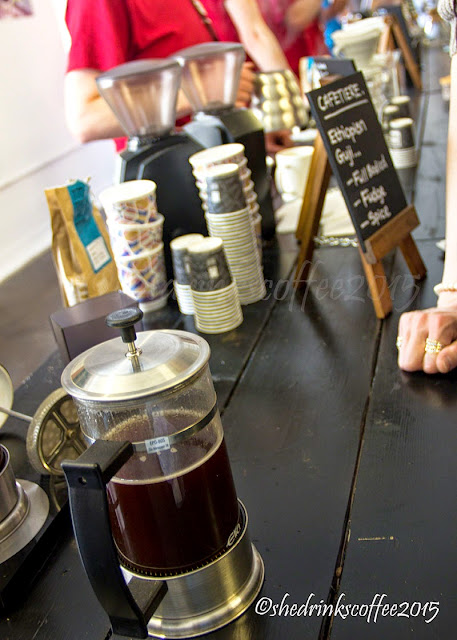 I also picked up a Peanut Butter doughnut from the tempting Crosstown Doughnuts booth. It was a very fluffy doughnut, and tasty - I maybe had to stop myself from picking up more from the Piccadilly Circus location later in the week in order to avoid becoming a doughnut monster. A little word of advice to Crosstown though - warn people with North American accents that the jam is blackcurrant. Please. 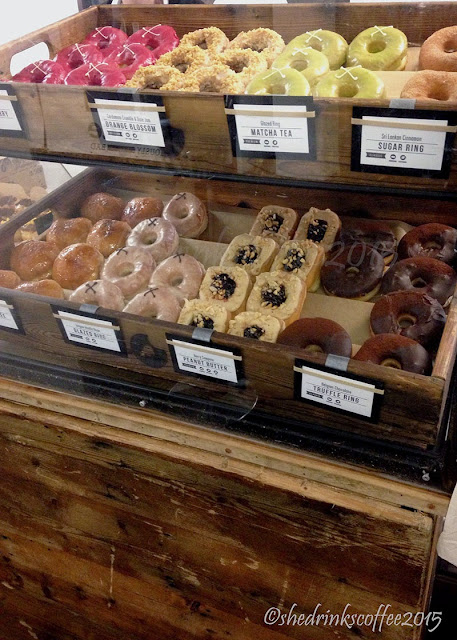 I really enjoyed the variety of cold brew coffee at the festival. The selection on offer at the Goodbeans booth had to be my favorite though - very very smooth. The extremely cute Alice-in-Wonderland-esque bottles didn't hurt either. Bonus points for presentation and friendly staff! 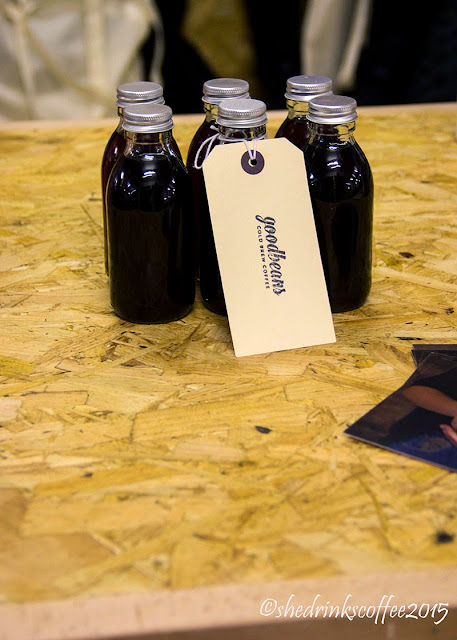 The London Coffee Festival was also the place for some quirkier takes on coffee, such as the coffee soap and granita (a joint effort with Gelupo) on offer from cold brew maker Minor Figures. 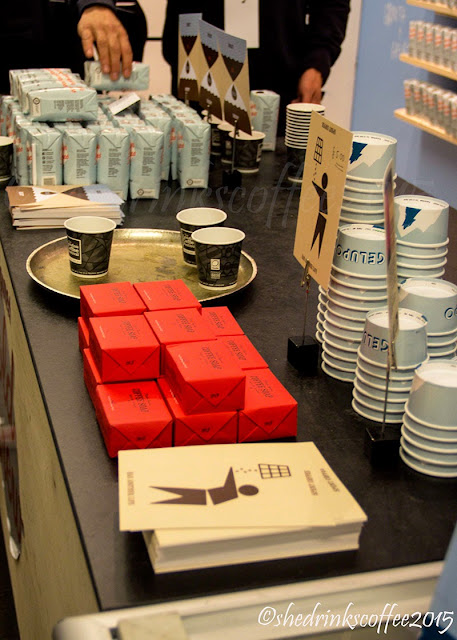 There were also lots of freshly pressed juices and tasty treats on offer. Sandwiches from St John's? Check. Chocolate tastings? Check. All the baked goods your coffee could possibly want as a companion? Check.

Overall, a pleasantly different East London brunch experience (of sorts). We also walked away with kicky totes and a guide to London coffee shops, so expect to see some coffee shop reviews in the near future! I'm off to brew some decent coffee now. A very happy and caffeinated Sunday to you all!